Lane is from San Angelo, Texas, where he is a senior at Central High School. He's had a variety of interests, including hiking, camping, science, and art, but music (and particularly piano) has been a special passion for him. These days, it is difficult to get him to stick to any task before he must jump back to the piano as a creative outlet. Lane displayed an affinity for music at a very early age, “air drumming” before he was two. He picked up drumming and piano playing early in life, creating original pieces or asking to be “shown” how certain songs that he had heard were played on the piano. The piano was placed on hold for the saxophone when he joined his middle school band. During middle school, he won first chair as he entered the school Honor Band in 7th grade and joined the extracurricular Jazz Band as well, improvising in sax solos and performing at school concerts for two years. At 15, his interest in playing piano was reignited when his brother played for him a video game composition that Lane then wanted to learn. In one week he learned it by watching the piano keys on YouTube, playing it at his high school talent show a month later. He continued to study piano in this manner, and by the time he was 16, when he started lessons with Dr. Michael Yenny of Angelo State University, he had memorized several accomplished pieces. Most of his friends are surprised when they learn he has had less than 3 years of piano lessons in his life. He is indebted to Dr. Yenny for honing his technical and impressionistic skills and to Celebration of Music for giving him the opportunity to be a contestant. Lane has only played piano for an audience a few times, and he is looking forward to performing in San Angelo for the Celebration of Music competition.

Lane will be attending the Jackson School of Geosciences at the University of Texas in Austin after high school, where he hopes to continue piano training through the music department and to take courses in music composition. Lane has also started jamming with friends in popular music, and hopes to find more time for this in college. 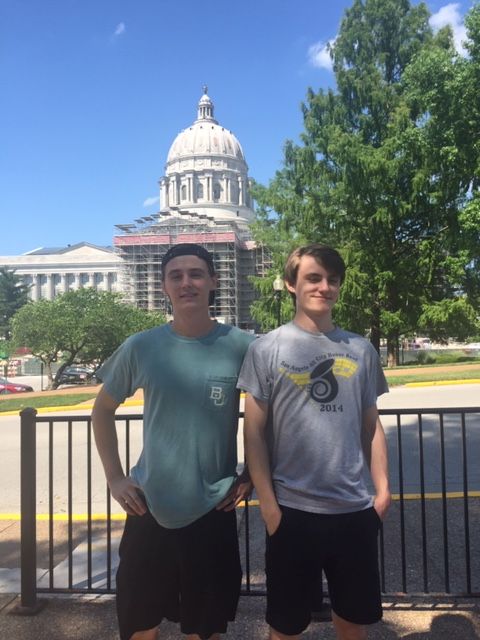