Elena is an aspiring singer, actress, and dancer from Houston, TX. She is excited about the opportunity to inspire others for the love of the arts through her participation in the Celebration of Music.

Whether Elena is at school, on the bus, or at home you will find her singing. Her love of music began at the tender age of 4, when she started singing in the childrenʼs choir at church. In second grade, Elena auditioned and was accepted into the Houston Childrenʼs Chorus where she performed for 5 years. She has had the opportunity to perform in amazing venues that include Minute Maid park, Villa de Matel Convent as well as the Cathedral of the Holy Trinity in Quebec City, Canada, the first Anglican cathedral to be built outside of the British Isles. Elena has also had the honor of performing for various distinguished guests including Mayor Sylvester Turner, Senator Sheila Jackson Lee and businessman and personality Tilman Fertitta. Elena has supplied backup vocals on a studio recording for Arian Foster and lent her voice to a performance by Christopher Cross. Elena has held lead singing and acting roles in various school productions.

Elena has been studying acting for the last 4 years and has had the privilege to work under local award winning producer Jerry Ochoa. She has also had the honor of doing film and voice over work for LUMI Learning, the producer of childrenʼs educational videos.

Elena comes from a musical family. Her mother, grandmother, and great grandmother all play the piano, and her father and grandfather are talented singers. Elena plays alto sax for her middle school symphonic band. In addition to all of her extracurricular activities, Elena finds time to maintain her grades in all AP classes at school and participates in interscholastic competitions where she routinely brings home first place.

In her spare time, Elena enjoys spending time with her family and teaching her little sister to sing. Elena loves cruising with her family, where you can always find her at karaoke. Elena is thankful to have this opportunity to follow her passion and share her talents with others. 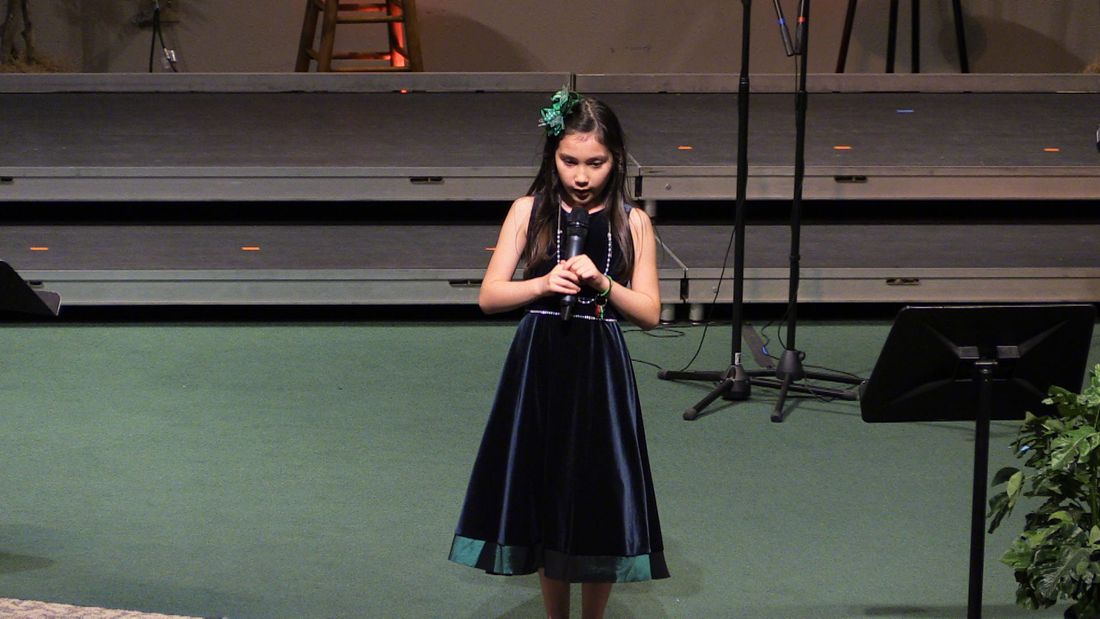