Elle is 9 years old and an avid dancer, singer, actress and acrobat/tumbler. Her journey began at two years old when she enrolled in her first dance class. As a three-year-old, she fell in love with theatre while watching Cathy Rigby perform in Peter Pan. Once she realized that she could combine singing, dancing and acting she knew she had found her passion.She began training at the Humphreys School of Musical Theatre at Theatre Under the Stars on her fourth birthday, joining the Academy training program at the age of seven. She has had the privilege of training with the Joffrey School and A Class Act New York, and is blessed to have had opportunities to lend her talent to bring awareness and raise money for causes she believes in.

Some of her favorite roles as a performer have been: "Zuzu Baile" in Houston Grand Opera’s World Premiere of It’s a Wonderful Life; being a part of the New York City Rockettes Pre-Show; and "Little Nanny Tickle" in Lytho-Panto’s Sleeping Beauty and Her Winter Knight. Her passion for theatre has given her the opportunity to meet amazing people, travel to exciting places and form friendships that will last a lifetime. Elle’s fulfills her desire to give back to her community by volunteering at the Birthday Party Project each month "bringing joy to homeless children through the magic of birthdays"; as well as supporting inclusive arts education through the River Program.

When Elle isn’t at the dance studio she spends her time reading books, playing with her hamster- Tinkerbell, writing songs and playing the ukulele and piano. Elle’s favorite place is New York City, and her childhood dream is to one day live in New York and be in a Broadway show.

"Never, ever, give up trying to become who God made you to b" – Elle 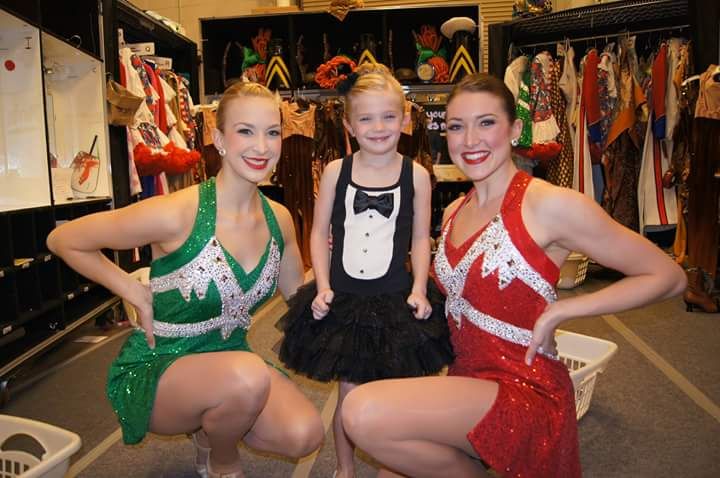