Edward Ho Ojard was born in China in 2008. He was abandoned due a problem with his feet. He became a part of our family in 2010 when he was not quite two years old. His name honors his paternal great-grandfather Edward Harvey Ojard and his middle name “Ho” honors his maternal grandfather My Ho. Eddie quickly adapted to our family and soon showed an affinity towards electronic gadgets. He started playing with and on our electronic piano and began formal piano lessons when he was three. His first piano instructor was a local artist and while being a skilled pianist ran afoul of our long term goals. John McLaird was interviewed and he agreed to teach Eddie with the Suzuki method and also more traditional teaching styles. Eddie completed Suzuki book Seven (7) last season and attended his last Suzuki camp in September of 2017. Eddie has been composing since age four and last year recorded his first CD with the help of Eric Hagmann a local composer and an electronic program called Finale. His CD titled “Butterfly Dances” features all original works and was inspired by watching the butterflies on our small farm.

Eddie's teacher requires his students to perform publicly and feels that once a week is normal and healthy for musical growth and reduces performance anxiety. Eddie performs at local nursing homes, assisted living centers , outdoor venues and cafes. Performances at these facilities are at no cost and are a way of bring musical joy to others.

Eddie attended his first Ragtime Festival at age seven and has been the youngest performer since. He enjoys the tempo and has committed to memory many of the songs by Scott Joplin. Eddie's training leans much towards the classical but as the “Baby Boomers” are frequently our nursing home residents also plays Johnny Cash, Bob Dylan and others.

Eddie is home-schooled and is currently in Grade five (5). He is bilingual speaking both English and Vietnamese. He enjoys Karate and is nearing a junior black-belt. He spends time with his Dad fishing, and his grandfather Mike on the family's tugboats. He is responsible for chores around the house and enjoys helping with the barn cats and our chickens. His hobbies include Lego's, composing, karate, and swimming. 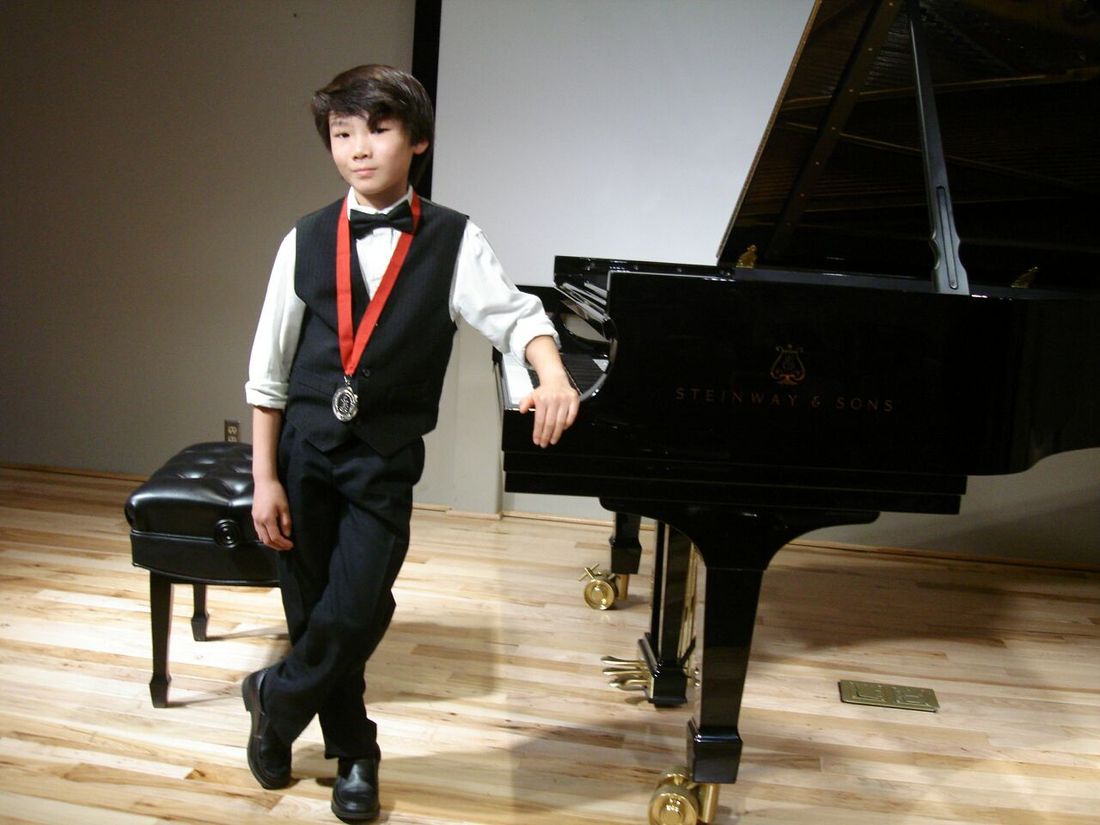